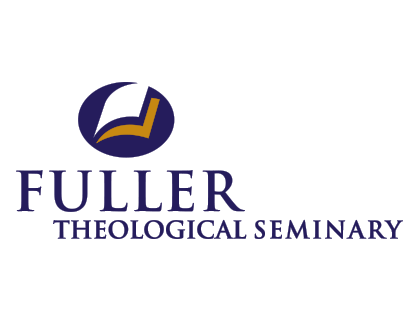 Fuller Theological Seminary (Fuller) and leaders from the local churches and its publishing service, Living Stream Ministry (LSM), have recently completed two years of extensive dialog. During this time Fuller conducted a thorough review and examination of the major teachings and practices of the local churches, with particular emphasis on the writings of Witness Lee and Watchman Nee, as published by Living Stream Ministry. This process was undertaken in an attempt to answer many of the questions and accusations that are often associated with this group of churches and to locate the teachings and practices of these two men and the local churches in light of historical, orthodox Christianity. Participants in the dialog from Fuller included Dr. Richard Mouw, President and Professor of Christian Philosophy; Dr. Howard Loewen, Dean of the School of Theology and Professor of Theology and Ethics; and Dr. Veli Matti Kärkkäinen, Professor of Systematic Theology. Representing the local churches were Minoru Chen, Abraham Ho, and Dan Towle. Representing LSM were Ron Kangas, Benson Phillips, Chris Wilde, and Andrew Yu.

It is the conclusion of Fuller Theological Seminary that the teachings and practices of the local churches and its members represent the genuine, historical, biblical Christian faith in every essential aspect. One of the initial tasks facing Fuller was to determine if the portrayal of the ministry typically presented by its critics accurately reflects the teachings of the ministry. On this point we have found a great disparity between the perceptions that have been generated in some circles concerning the teachings of Watchman Nee and Witness Lee and the actual teachings found in their writings. Particularly, the teachings of Witness Lee have been grossly misrepresented and therefore most frequently misunderstood in the general Christian community, especially among those who classify themselves as evangelicals. We consistently discovered that when examined fairly in the light of scripture and church history, the actual teachings in question have significant biblical and historical credence. Therefore, we believe that they deserve the attention and consideration of the entire Body of Christ.

It is important to note, in understanding the process that we have undergone, that considerable attention was devoted at the outset to the stand of these churches on the essential elements of the genuine Christian faith adhered to by all true Christian believers. We believe that if agreement on the basic tenets of the faith can be clearly established, then subsequent dialog and discussion concerning non-essential teachings properly fall within the realm of the fellowship of believers. This determination was made by reading their publications and through our fellowship in five face-to-face meetings between Fuller and representatives of these churches and this ministry. In regard to their teaching and testimony concerning God, the Trinity, the person and work of Christ, the Bible, salvation, and the oneness and unity of the Church, the Body of Christ, we found them to be unequivocally orthodox. Furthermore, we found their profession of faith to be consistent with the major creeds, even though their profession is not creedal in format. Moreover, we also can say with certainty that no evidence of cultic or cult-like attributes have been found by us among the leaders of the ministry or the members of the local churches who adhere to the teachings represented in the publications of Living Stream Ministry. Consequently, we are easily and comfortably able to receive them as genuine believers and fellow members of the Body of Christ, and we unreservedly recommend that all Christian believers likewise extend to them the right hand of fellowship.

Our times together were characterized by sincere, open, transparent, and unrestricted dialog. There were several topics that we at Fuller approached with particular interest, such as the Trinity, the mingling of divinity and humanity, deification, modalism, their interpretation and practice of the “local” church, the divine and human natures of Christ, and their attitude toward believers outside their congregations. We were given unlimited freedom to explore each of these areas. In every instance we found the public perception of some to be far removed from the actual published teachings as well as the beliefs and practices of the believers in the local churches.

This statement is intended to provide those interested with a general overview of the process that we have been involved with and our overall conclusions. This brief statement will be followed in the coming months by a paper addressing the aforementioned and other important theological topics in greater detail. Representatives of the local churches and Living Stream Ministry have agreed to write a statement outlining in summary form their teachings on the major topics of interest concerning them. Comments by Fuller will be offered on their teachings, as we have come to understand them after significant research and dialog.