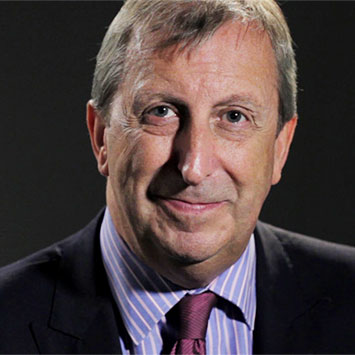 Peter Kerridge studied theology at Oxford University and was Associate Minister at Avenue Baptist in Southend-on-Sea. He began his career as a broadcaster on Metro Radio in 1979 and has worked in both the commercial sector and the BBC. He was named Managing Director of Premier Radio in 1996 and today is the CEO of Premier Media Group, the largest Christian broadcaster in the United Kingdom. www.premier.org.uk; Premier.org.uk bio

“This ministry is entirely orthodox and to suggest otherwise is to willfully misrepresent them and impede the church’s mission.”

Watchman Nee was the John Wesley of China. His legacy continues to thrive today as millions of people on the mainland of China find faith in our Lord Jesus Christ. Witness Lee, his coworker, continued that legacy and broadened it to encompass the West and all six continents. Living Stream Ministry is the faithful custodian of their vision and strives to make Jesus known in a way that upholds their worldview and passion for the Gospel. This ministry is entirely orthodox and to suggest otherwise is to willfully misrepresent them and impede the church’s mission. While clearly influenced by early Christian Brethren teaching as well as the profound “inner-life” tradition of early 20th century Great Britain, today their ministry transcends any singular context, whether Eastern or Western, and is finding a fresh renewal of popularity and interest around the globe.